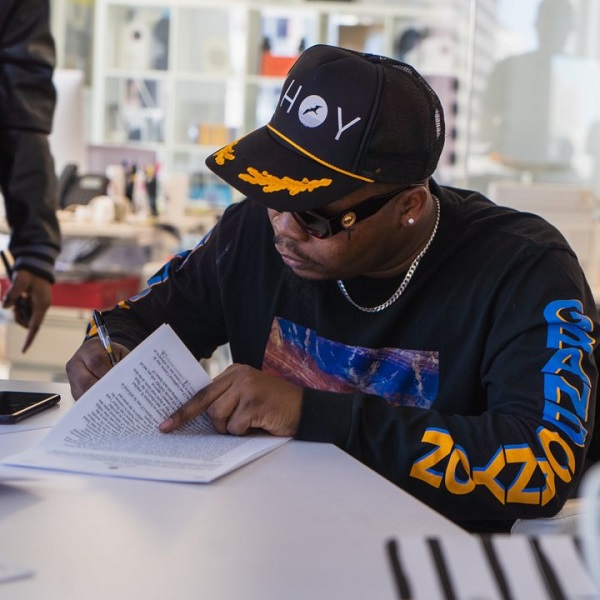 Nigerian superstar and rapper, Olamide has announced a new and exciting deal he signed with international record label and publishing company, Empire.

EMPIRE Distribution, Records and Publishing Inc. as it is officially known as is an American distribution company and record label founded in 2010 by Ghazi Shami and headquartered in San Francisco, California with offices in New York City, London, and Atlanta. The music company houses international artistes such as Snoop Dogg, Tyga, Kendrick Lamar, etc.

The great news of Olamide’s YBNL and Empire news was made public on social media on Tuesday the 18th of February 2020 where the rapper, in making the announcement, stated that any artiste he now signs, including Fireboy DML, will reap from the resources, relationships and benefits tied to the joint venture deal he signed with EMPIRE Distribution, Records and Publishing Inc.

Happy to announce that YBNL and Empire got a joint venture deal. Myself and Fireboy with any other act i sign next ready to shake the world. 🌎

Empire Music also tweeted with their official account to confirm the deal;

Nigeria going global 🇳🇬🌍 Excited to continue this journey with you and the YBNL family 🙏 @olamide_YBNL #Olamide #YBNL pic.twitter.com/s8ct93Y6FL

Congrats to Olamide and the YBNL Nation family!